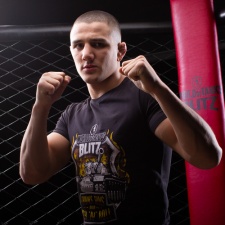 The collaboration will see the fighter appear in a number of short ads promoting the title as well as having his shorts decorated in the company’s name and logo.

American-born Pico is signed to Bellator MMA and competes in the featherweight division. Pico’s next match is scheduled for this weekend where his World of Tanks sponsorship will begin as he takes on Henry Corrales in California, US.

“In this game, you have to have a strategy going into the fight because there are so many weapons that guys possess and so many options,” said Pico

“To go in there blind would be an absolutely foolish thing to do.”

Wargaming Mobile general manager Thaine Lyman added: “We all sat down to come up with some ideas for the ad. We started with common preconceived notions of both mixed martial arts and the over enthusiasm and creative craziness that is born from advertising agencies.

“We all know these are just misconceptions but by poking a little fun, we really thought it added to the humor and when we pitched it to Aaron, he really got into it”