Business Finland fronts up the funds 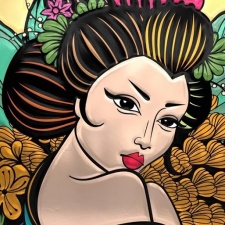 Finnish developer and publisher Kuuhubb has closed a debt financing round from Business Finland to obtain a €1 million ($1.1m) loan.

The move comes after the company previously raised €2 million ($2.3m) back in December 2018.

The latest financing comes with a seven-year maturity and one per cent yearly interest rate. The company will not have to begin repaying the loan until after the first three years.

Kuuhubb develops mobile apps targeted at women. Its portfolio includes Recolor, Recolor By Numbers and My Hospital. Following the loan the studio hopes to return to profitability by the end of the year.

“I would like to thank Business Finland for their support and trust in Kuuhubb,” said Kuuhubb CEO Jouni Keränen.

“The long-term loan comes with very favorable terms and is a great validation that the company is on the right track.

“With this capital injection, coupled with the €2 million ($2.3m) announced in December 2018, along with further non-dilutive financings under discussion, Kuuhubb is well positioned to finance its numerous growth initiatives planned for 2019 and return to positive operating cash flow by year end.”

Pocket Gamer Connects was in Helsinki in September 2018 for a two-day conference. PGC is heading to Seattle on May 13th to 14th and will be back in Finland later this year.