Could it be as big as Pokemon Go? 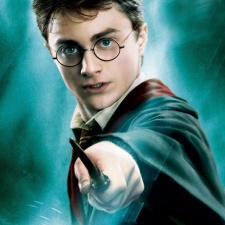 Niantic has given players around the world its first-look at its heavily anticipated mobile location-based augmented reality game set in the magical world of Harry Potter.

Harry Potter: Wizards Unite sees players take on evil creatures and spellcasters from the wizarding world, as users look to rid the Muggle world of all traces of magic.

Gameplay has taken heavy inspiration from Pokemon Go, with goblins and Death Eaters replacing Pokemon. Battles take place in the form of Foundables and Confoundables, with players needing to trace a pattern on their mobile screen to cast spells.

Doing this successfully will defeat the magical beings and reward users with a sticker to add to their collection, similar to a Pokedex.

Weather and time of day will also play a factor in-game with encounters changed up depending on this. Unlike Pokemon Go however, Wizards Unite will take into consideration the phases of the moon to effect gameplay.

Harry Potter: Wizards Unite is due for release sometime in Summer 2019. Head on over to PocketGamer.com for a hands-on preview of the game.

It was recently revealed that player spending in Pokemon Go had reached $2.45 billion in less than three years. Niantic will be looking to recreate the huge success that the pocket monsters have continued to generate since releasing in July 2016.