Iconic cars from the series debut this month 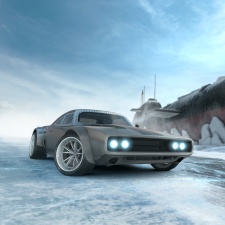 Mobile games developer Zynga has revealed that Fast and Furious content will be coming to CSR Racing 2 later this month.

Iconic cars from the Fast and Furious series will be rolled out in a new update for a limited time, alongside themed events recreating scenarios from the films.

Cars featured include the Lamborghini Murciélago, Dodge Challenger SRT Demon and C-West Nissan Skyline GT-R (BNR34). An augmented reality feature lets vehicles be placed in real-world environments while easter eggs from the franchise can be found scattered throughout the game.

Well-known characters will also be present in the storyline such as Luke Hobbs, Deckard Shaw and Roman Pearce.

“The world of Fast and Furious is truly a global phenomenon, with amazing characters and stunning cars that audiences embrace on and off the movie screen,” said CSR2 vice president Julian Widdows.

“Combining that with the proven, high-speed racing elements of CSR2 allows fans and players to get closer than ever to the heart of the Fast and Furious experience.”

The limited time event will run from March 21st and will finish on June 4th, 2019.

We recently spoke with SMG Studio on how the developers obtained the movie property for its racing title Fast and Furious: Takedown.