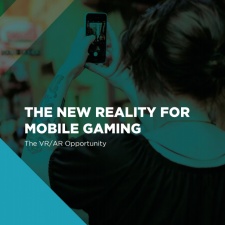 Gaming makes up 25 per cent of all AR downloads on iOS, according to Newzoo’s new AR and VR Driving Opportunities for Mobile Gamingreport which takes a dive into the current state of these immersive technologies in games.

While claiming virtual reality is largely limited on mobile - with a little more push on PC and console - AR meanwhile is said to have found a larger degree of support and compatibility.

Out of all categories finding use in Augmented reality, gaming was the most popular. 25 per cent of all AR software installs on iOS were games.

Pokemon Go still boasts the lion's share of all AR gaming on mobile. The full report reveals that two-thirds of all mobile AR gamers have fired up Niantic’s hit.

But while AR is growing in gaming, the tech is still limited in reach. Neither Apple nor Google can boast a majority of devices capable of even running the features required for AR games.

“Support for the official development kits from Apple and Google (ARKit and ARCore, respectively) is still limited. In September 2018, 26 per cent of active devices were able to use either SDK," said Newzoo head of market analysis Candice Mudrick.

“Google, in particular, has to optimize the kit for specific devices and currently supports a set of more than 100 devices. That might seem reasonable, but there were more than 7,000 Android models in use in that same time period.”