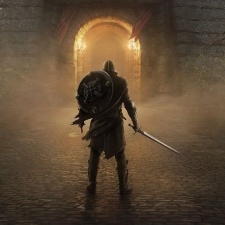 Breaking the news via its official Twitter page, Bethesda noted that invites to join the program are being sent out over email. The Blades beta has been confirmed to be playable on both iOS and Android.

Along with this, the official FAQ for Blades states that users are not constrained to any NDAs during the beta period. On top of this, all progress and in-game purchases will be carried over once the game officially launches.

The Elder Scrolls: Blades was announced at Bethesda's E3 conference in 2018. The title is currently slated to release in early 2019.

As part of our #TES25 celebration, we're excited to announce that The Elder Scrolls: #Blades is officially in Early Access!

Ready to play? We're inviting players in waves, so make sure to keep an eye on your email for the invite.

Bethesda’s will be looking to replicate the success it achieved with its previous mobile release, Fallout Shelter. The vault simulator generated an estimated $93 million in revenue within three years of launching.