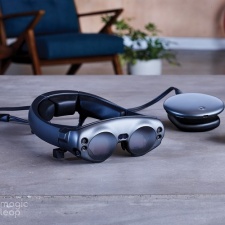 The news was made at Epic’s Unreal Engine Build: Detroit ‘19 event. The tech will be given away to creators, games developers, enterprise professionals, students, educators and tools developers.

Anyone building Unreal Engine applications across industries such as healthcare, automotive, entertainment and more can apply for a free Magic Leap One device.

Epic unveiled its MegaGrants programme at last month’s GDC in San Francisco, where the company pledged to open up $100 million in funding for creators around the globe.

The initiative is open to projects developed for any platform, any store and any engine. Successful applicants can be awarded between $5,000 and $500,000.

“The Epic MegaGrants program allows developers to pursue new goals and raise the bar for what they can accomplish, and we’re glad to support that mission by making Magic Leap One Creator Edition available to creators working in the spatial computing arena,” said Magic Leap chief content officer Rio Caraeff.

“Putting these devices directly into the hands of promising developers, along with the financial grant from Epic, will help accelerate the industry and lead to new innovation.”

“The option to receive this hardware as part of an Epic MegaGrant means that more of the funds can be available to spend in other areas, so developers have more financial flexibility and freedom to create.”

Epic Games will be attending Pocket Gamer Connects Seattle on May 13th and 14th.