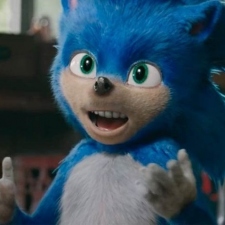 The trailer for the blue hedgehog’s long-anticipated (feared?) return to the big screen dropped this afternoon. Sonic the Hedgehog is being produced by Blur Studio and Paramount Animation and is being directed by Where the Wild Things Are director Jeff Fowler.

We'll let you judge the trailer (below) by its own merits first:

Reactions to today’s trailer have largely shown disgust at the look of the thing, with a little love reserved for Jim Carrey’s extremely Jim Carrey rendition of venerable villain Dr Robotnik.

We first caught a glimpse of this particular take on Sonic last December, and it doesn't appear the full package has turned opinion around.

Good morning to absolutely everyone and everything other than live action Sonic the Hedgehog’s creepy human teeth xx pic.twitter.com/yJX6WPW7Li

It’s not all bad. There’s every chance the flick could be “so bad it’s good,” or even genuinely serviceable. Could it even be a masterpiece?

The new sonic movie trailer Cinematic Universe is the greatest achievement in content, entertainment, and maybe even culture, the world has ever seen.

Sonic has had modest success on mobile, notably through well-made remasters of the Mega Drive classics. There’s even a kart racer coming exclusively through the new Apple Arcade service.

But it’s those old-school players who get a shout-out, with the awkward delivery of “Every hero has a Genesis” (get it?).