However losses increased significantly due to the outperformance of these titles, resulting in bigger earnouts for Small Giant Games and Gram Games 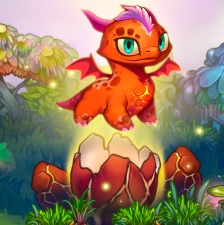 Zynga revenue increased 27 per cent year-on-year to $265 million during Q1 2019 thanks to the acquisitions of Small Giant Games and Gram Games.

In its latest financials, the publisher stated that bookings had shot up by 64 per cent to $359m during the quarter compared to the year prior.

Mobile now accounts for 93 per cent of Zynga’s total revenue and 95 per cent of total bookings.

Mobile advertising also saw its best quarter with sales up 48 per cent year-on-year to $63m and bookings up 46 per cent to $63m.

Net losses were considerably higher than expected for the quarter. The publisher had expected losses of $59m, but it actually reported a loss of just under $129m.

This was said to be due to the outperformance of Gram's Merge Dragons and Small Giants' Empires & Puzzles, which means Zynga now has to pay more for those acquisitions based on performance.

Merge Dragons revenue rose 91 per cent sequentially, with bookings also up 64 per cent.

Despite the acquisitions of companies like Small Giant and Gram Games, the number of daily active users in Zynga’s portfolio actually declined year-on-year by two per cent to 22m.

The growth of these games was offset by the declines of players in Zynga Poker and Words With Friends.

The number of monthly active users also fell 12 per cent to 72m, which the company put down to drops in users for its mobile titles, chat games and Solitaire.

Guidance for the full year has been raised, with revenue forecast to increase 32 per cent to $1.2 billion and bookings to grow 50 per cent to $1.45 billion - the latter $100m higher than previously estimated.