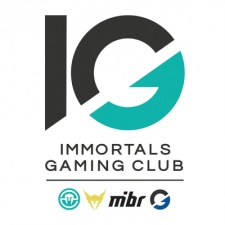 Global esports organisation Immortals has raised $30 million after closing a Series B funding round.

IGC Esports will operate the firm's competitive esports rosters in Los Angeles while Gamer Club will continue to look after the Counter-Strike: Global Offensive community hub in Brazil, with expansion into further territories planned for the future.

“Bringing together a premier platform in Gamers Club and our core esports team operations is a critical and exciting step in enabling IGC to become a vertically integrated, truly global esports and gaming organisation,” said Immortals CEO Ari Segal.

“This fundraise is a major milestone in the evolution of this organisation and furthers our ambition to build a distinctive, best-in-class esports and gaming organisation.”

Gamers Club co-founder Yuri Uchiyama added: “IGC’s vision to unite esports and gaming platforms will deliver the best possible experience for current and future members of the Gamers Club community. We look forward to working with IGC to create this best in class experience across Counter-Strike and other games.”

Learn more about competitive gaming on the Esports Academy track at Pocket Gamer Connects Seattle on May 13th and 14th.