3a and 3a XL feature same camera specs 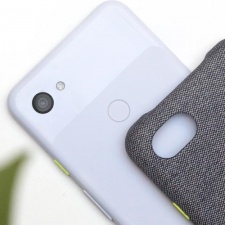 Google claims to be targeting the premium smartphone market at a fraction of the price with its Pixel 3a device, which starts with a price tag from $399.

The new handset was revealed at Google I/O alongside the 3a XL, which starts at $479.

The 3a comes with a 5.6-inch OLED display, while the XL is sized at six inches. Both include stereo speakers, bluetooth 5.0, 4GB of ram and are powered by a Qualcomm Snapdragon 670 processor.

Google claimed that its new phones house an adaptive battery that harnesses machine learning to optimise how people use their phones.

It said a single charge can last up to 30 hours, while seven hours worth of battery life can be obtained after 15 minutes of charging. The 3a houses a smaller 3,000Ah battery compared to the XL’s 3,700mAh.

The camera is the same as the previous Pixel 3 model at 12.2-megapixels, though it comes without the Pixel Visual Core processor of its predecessor. The Pixel 3 camera was widely considered one of the best on the market when it launched just last year.

The phones will also include a 3.5mm audio jack. The new Pixel 3a and 3a XL are not water resistant, however.

The phones are available to buy from today in Australia, Canada, France, Germany, Ireland, Italy, Japan, Singapore, Spain, Taiwan, UK and the US. It will be made available in India next week.

How does this compare?

They are powered by the Qualcomm Snapdragon 845, house 4GB of ram and feature a 12.2MP dual-pixel camera

Recently-revealed patent flaunts what could be Google’s first gamepad