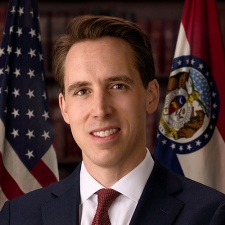 The video games industry is once again facing political oversight in the way it handles monetisation.

“Social media and video games prey on user addiction, syphoning our kids’ attention from the real world and extracting profits from fostering compulsive habits," he said in a press release.

"No matter this business model’s advantages to the tech industry, one thing is clear: there is no excuse for exploiting children through such practices.

“When a game is designed for kids, game developers shouldn’t be allowed to monetise addiction. And when kids play games designed for adults, they should be walled off from compulsive microtransactions. Game developers who knowingly exploit children should face legal consequences.”

In a short video on Twitter (below), Hawley described loot boxes as providing advantages to players for a monetary fee, in addition to saying that these games are "generally free". While we agree that consumers need to be given more information about monetisation options in games, the lack of nuance on Hawley's argument leaves cause for concern in the industry.

There is broader concern in the games business about whether legislators and politicians fully understand loot boxes and monetisation options in games, especially after the congressional hearings with Facebook's Mark Zuckerberg and Sundar Pichai of Google, which saw representatives betraying some severe ignorance about how tech and social media platforms work.

Head on over to PCGamesInsider.biz for more on the story.

ESA halts political contributions in wake of US Capital chaos