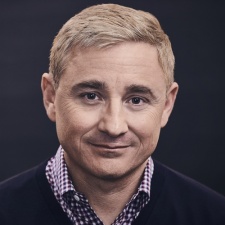 5G could have a profound impact on mobile growth as it has the potential to enable higher performance games, according to Zynga CEO Frank Gibeau.

Speaking during Zynga’s earnings call for Q1, as transcribed by Seeking Alpha, Gibeau said the technology could help power games with larger worlds and provide the basis for more massively multiplayer experiences on mobile.

He also highlighted new possibilities for distribution when coupled with streaming, as users could in theory go from an advertisement and straight into a game without the friction of a download.

“So I see 5G and streaming being a combination of two technologies that work hand in hand that we believe will really drive greater efficiency in the player acquisition funnel, will enable higher performance games and it will also be very customer friendly in terms of how they manage the memory on their devices,” said Gibeau.

“They won't have to store large client games on their devices, they'll be able to stream in the content much more efficiently and effectively in this environment that's coming.

“There's still a lot of ground to cover before 5G and streaming get here and impact the entire mobile ecosystem, but it's one of the things that we try to highlight in our remarks in our letters is that there's numerous platform innovations coming to mobile over the next few years that will act as tailwinds for growth in companies like ourselves.”

You can check out Zynga's Q1 2019 financials right here.

Streaming and 5G will undoubtedly be hot topics at the Pocket Gamer Connects Hong Kong conference, which takes place on July 17th and 18th.

Correction: This article originally attributed the quotes to Mark Pincus, as stated by the source, but they were in fact from Frank Gibeau.