“We’re excited to bring this mobile-first F1 game to fans around the world. 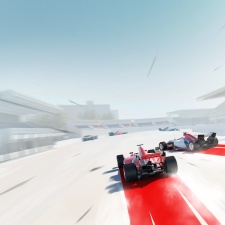 The Top Drive developer announced it had entered into a multi-year licensing agreement with the motorsport giant at the end of last year. Formula One was looking to expand its global audience and commissioned Hutch to create multiple branded games across Android and iOS

First off the line is F1 Manager, which challenges players to operate an F1 team, making strategic decisions to win real-time races against other players.

“The F1 fans in our design team felt the team principal perspective was underserved and more suited to mobile play. Our team has created a game that captures the excitement of a race weekend, focusing on the vital decisions made from behind the pit wall.

“We’re excited to bring this mobile-first F1 game to fans around the world.”

Formula One director of digital, licensing and new business Frank Arthofer added: “As part of our ongoing commitment to bring F1 to new channels, the launch of F1 Manager is an experience that will offer an alternative perspective on the sport, giving insight and access to what happens at the pit wall during every race.”

Hutch races into a multi-year licensing partnership with Formula One