55 per cent opted to install via paid advertisements 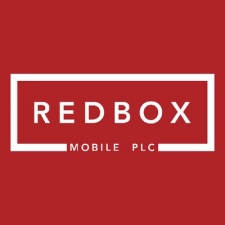 People over the age of 35 are more likely to downloads apps because of paid advertising, according to data from App store search marketing agency Redbox Mobile.

The firm has released a report studying global consumer attitudes in app discovery. According to this, 55 per cent of people over the age of 35 claimed to have downloaded an app through paid advertising, while 57 per cent confirmed that they installed an app after seeing it being featured on the store.

When it comes to finding apps, the top three motivations were revealed to be free or promotional apps, app store ratings and word of mouth. Paid for advertising on the other hand sees its biggest successes from social media advertisements at 28 per cent.

Information was gathered relating to each country throughout the document, with consumers in the US and Italy said to be significantly more likely to search for an app by company name and/or using one word.

The Chinese market is the biggest when it comes to mobile, so it's interesting to read that consumers search more often with three words.

The stats found in the report were comprised of interviews conducted with 1,500 mobile consumers over the age of 18 across the US, UK, China, France, Spain, Italy and Germany.

“We know a lot about how many apps are downloaded and how they’re used, but very little research has gone into the core reasons as to how and why consumers download apps,” said Redbox CEO James Salins

“For the first time, we’ve been able to shed some light on why consumers act as they do on the app stores. What’s clear from the study is that there is no single factor when it comes to driving app downloads. App developers and publishers need to adopt a blended strategy of paid and organic campaigns to drive success.”

Salins was appointed as Rexbox’s new CEO in February, with one of his key goals being to continue the growth within Redbox Mobile’s sales and account management teams, alongside developing new strategic partnerships in the EMEA region.

How to get to the top of the App Store

Catch up on our Death of the IDFA RoundTable discussion