Harry Potter: Wizards Unite launches in the UK and US this week 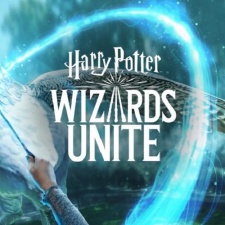 Niantic’s spellbinding Harry Potter: Wizards Unite will launch on June 21st, 2019 in the UK and US on iOS and Android devices.

The news was confirmed by Niantic CEO John Hanke during a press event in Los Angeles, California, with the title rolling out to more countries at a later date.

Players are encouraged to take on wizarding challenges and real-time cooperative multiplayer battles by working with others.

The game has already conjured up an estimated 100,000 installs from its first month in beta.

At the LA press meeting, Hanke teased a new Pokemon Go festival event that will take place in the summer.

Our team at Pocket Gamer were invited to test out Wizards Unite in March, with early impressions suggesting it borrows heavily from Pokemon Go.