Streaming services not likely to take over the games industry as a whole, says WBIE president

"I don’t believe that it will automatically come together" 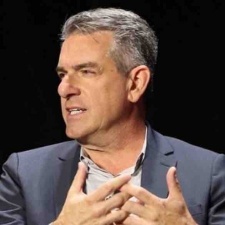 Streaming might have made subscription models the norm in other entertainment sectors, but this won't necessarily be the case in the games market.

That's according to the president of Warner Bros. Interactive Entertainment, who told GamesBeat that being able to beam content to any device will expand the addressable audience who can play games, but that it won't necessarily change the way that people buy them.

"Our observation is that oftentimes it is written that streaming automatically brings subscription, because that’s what happened in other forms of media, other forms of content," said Warner Bros. Interactive Entertainment president David Haddad.

"I think they’re actually two different topics. I don’t believe that it will automatically come together. I do think that we’ve proven that a transactional business, as we call it, where you pay a premium price for an experience, where gamers can have 30, 40, 100 hours of play–they’ll pay a premium price for that. That’s great for us. We have a history of that transactional business.