Six games have exceeded over $100 million 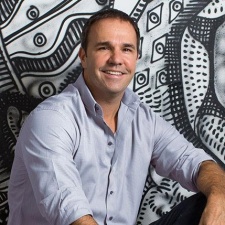 Los Angeles-based free-to-play developer Scopely has revealed it has made $1bn in lifetime revenue.

As reported by Forbes, since launching in 2011 the firm has licensed well-known IP such as The Walking Dead, WWE and Wheel of Fortune for a variety of games that have helped push its revenue over the billion mark.

Six of Scopely’s releases have exceeded over $100 million, with the firm’s revenue being up by 80 per cent year-on-year for 2018.

The company launched Star Trek in November 2018, which has helped increase its run rate of $400 million for the first part of 2019. In April the strategy title was estimated to be earning over $13.7 million in monthly spending.

Not targeted at kids

“None of our games are targeted to kids, they are for a general audience,” said Scopely chief revenue officer Tim O’Brien.

“Our games are offered purely for entertainment. Even so, we are mindful of the concerns and always thinking of ways we can enhance player experience, allowing consumers to participate in games as they see fit.

Our contributing editor Jon Jordan recently wrote about the secret to Scopely success.