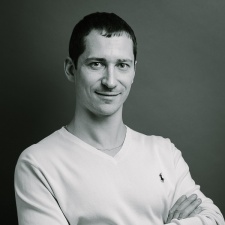 The release is part of the firm’s growing portfolio to expand its library of games, with Video Poker featuring three popular game types: Deuces Wild, Bonus Video Poker and Jacks or Better.

Video Poker is available to download via the App Store and Google Play.

“A core focus for us in 2019 was to create a diverse portfolio of standalone apps that would complement our already existing titles and the release of Video Poker is perfectly aligned with this goal,” KamaGames CEO Andrey Kuznetsov told PocketGamer.biz.

“In the short time since launch, it’s certainly helped us build on our global presence in the social casino landscape and we’re looking forward to adding to this offering in the remainder of 2019.”

“With our Video Poker app, we prioritised uncomplicated yet rewarding gameplay, wrapped up in a classic casino design. Players who have experienced the real money counterpart in land-based casinos will appreciate our commitment to authenticity in both of these areas.”

We recently spoke to Kuznetsov regarding the nine-year anniversary Pokerist.