Historically Sony and Microsoft are rivals in the games industry 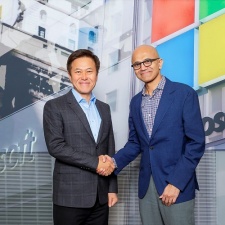 Sony is driving a new cloud partnership formed between two of the biggest companies in the games industry.

In an interview with Fortune, Microsoft CEO Satya Nadella revealed that the partnership formed with Sony in May is being driven by the latter. The Japanese conglomerate reportedly looked through its partners, choosing whom it could trust.

Historically, Microsoft and Sony have been rivals, particularly in the games industry with the Xbox and PlayStation consoles being in constant battle. This new partnership shows that the industry is moving towards a digital age.

The partnership is set to benefit both parties, with Sony using Azure data centres for its cloud gaming the streaming services it offers. Through working together, the two gaming giants hope to find cloud solutions in Azure, ultimately benefiting both parties.

“It’s a beginning for us. First of all, it’s all driven by Sony. They looked at who are all their partners that they can trust. In fact, it turns out, even though we’ve competed, we’ve also partnered,” said Microsoft CEO, Satya Nadella.

“Basically and fundamentally the fact that we have a business model in the areas that they’re partnering with us, where we’re dependent on their success.

So we will do the best job for them, whether it’s in the cloud or whether it’s in AI or what have you, in order to make sure that Sony can succeed with their own IP creation.”