We hope to see you again soon 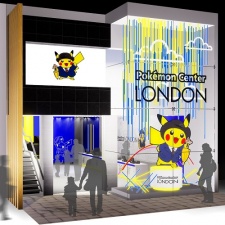 The Pokemon Company has revealed that a pop-up Pokemon Centre will open in London this October.

Located in Westfield, London, the store will offer fans the chance to browse and obtain a range of Pokemon goods - including exclusive designs not found anywhere else.

The store will only be open for a limited time from October 18th to November 15th, 2019.

Further details on opening times, additional in-store activities and products that will be available within the location will be unveiled in the coming months.

Three Pokemon Centres have already been opened in the US, Singapore and Japan, with the London-based building being the first in Europe since Paris received its own temporary version back in 2014.

The next entries in the Pokemon series - Sword and Shield - are due to take place in the Galar region, which is based on the UK. The game will launch on Nintendo Switch this November.