The game is released in Spring 2020 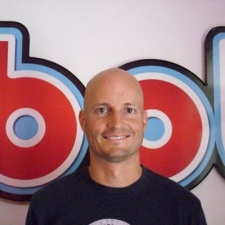 Robot Entertainment’s CEO Patrick Hudson has explained the decision behind making Orcs Must Die! 3 a timed exclusive for Stadia.

In a post on Reddit, Hudson revealed that Google is a big driver behind the new title.

Robot pulled the plug on three of its live games earlier this year including Orcs Must Die! Unchained. The company claimed it was no longer financially viable to keep the titles going.

Following the shut down of its title, Orcs Must Die’s creator downsized, shifting its focus onto smaller games.

“After shutting down OMDU, Robot had to downsize our studio. We had re-sized and focused on making smaller games than an OMD game. We didn’t know when or if we would get back to the OMD franchise,” said Hudson

When in a meeting with Google to discuss other projects for Stadia, Hudson and the technology company exchanged ideas about the OMD franchise. This inspired Orcs Must Die! 3.

As a result, Robot Entertainment has made OMD3 a timed exclusive for Google’s Stadia platform when it launches in spring 2020.

The developer will discuss releasing its title on other platforms in the future.

“We met with Google to learn more about Stadia for our other projects. We discovered that the people at Google are big fans of OMD. That led to an exploration of what might be possible with an OMD game on Stadia. We both got excited about our ideas and decided to go after it.

“OMD3 would not be possible today without Google’s support. They are behind the game in a big way. We’ve hired more developers to bring it to life. It’s the OMD game that fans of the first two games have been wanting, and we’re thrilled that we have the opportunity to make it.

“When OMD3 releases in spring 2020, it will be a timed exclusive on Stadia. We’ll say more about other platforms in the future.”