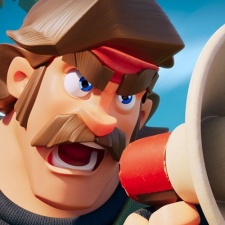 Supercell is set to reveal Rush Wars on Monday, August 26th at 9am UK time (BST) and you can watch the official unveiling right here.

Few details have been announced thus far about the game, which will be the first new title unveiled by the Finnish developer since Brawl Stars’ reveal on June 14th 2017.

Of those, four titles have made $1 billion, with the latter already making an estimated $275m as of June 2019 following its December 2018 release.

You can watch the official Rush Wars announcement on YouTube at 9am UK time (BST) below.

Supercell was recently ranked fourth on our list of the Top 50 Mobile Game Makers for 2019.

Pocket Gamer Connects will be heading to Supercell's hometown Helsinki on October 1st and 2nd. Visit the website for details on the conference.