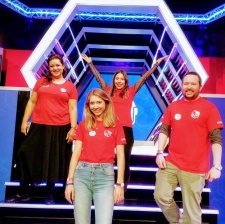 Nintendo UK has partnered with Digital Schoolhouse on a UKIE programme that will introduce “play-based learning” in schools across the region.

The not-for-profit scheme has been backed by the games giant in an attempt to inspire the next generation and is expected to reach 32,000 pupils over 55 schools.

As part of the agreement, Nintendo UK will also support the next DSH esports tournament, with Super Smash Bros. Ultimate being chosen as the next game in the series. The aim is to help students develop practical and soft skills by participating in the tournaments.

An engagement number of 6,000 pupils is expected across 60 schools and colleges.

“The Digital Schoolhouse programme uniquely combines computing, fun, creativity and innovation, all of which are synonymous and at the heart of Nintendo’s values.

"Through this collaborative partnership, we aim to reach more teachers and pupils than ever before, in order to help inspire the next generation of young minds across the UK.”

Digital Schoolhouse director Shahneila Saeed added: “We’re delighted Nintendo UK has agreed to throw its support behind Digital Schoolhouse. DSH has evolved enormously in just three years and their support means we can reach more pupils and teachers than ever with our transformative and inspiring programme.”