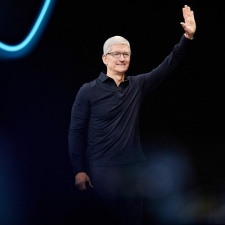 A number of new exclusive titles were announced after the conference had ended, including Pac-Man Party Royale, Rayman Mini, Overland, Skate City and Shantae and the Seven Sirens.

Later in the show, the iPhone 11 was unveiled for the price of $699. The device arrives with a new dual rear camera and is available in six different colours. Slow-motion selfies which the company described as “Slofies” were also given an advertisement trailer.

Additionally, two more enhanced versions of the phone - the iPhone 11 Pro and iPhone 11 Pro Max - that features a triple rear camera can be purchased for $999 and $1,099 respectively. All mobiles will start shipping from September 20th, 2019.

“We are so excited to launch Apple Arcade on the App Store,” said Apple senior vice president of worldwide marketing Phil Schiller.

“A curated selection of over 100 new and exclusive games from many of the most innovative game developers in the world is the perfect complement to the App Store’s existing massive catalogue of games.

“We think customers of all ages are going to be delighted that a single subscription gives the whole family unlimited access to the full catalogue of amazing Apple Arcade games, all without any ads or additional purchases, while knowing every game must meet Apple’s high privacy standards.”

Tim Cook: Apple Arcade a service “for players of all ages”