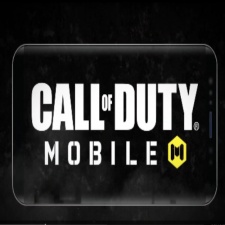 Activision has revealed that Call of Duty will make its debut on mobile from October 1st, 2019.

In a blog update, the publisher revealed that the free-to-play first-person shooter will launch in most major territories for both iOS and Android devices.

Call of Duty: Mobile's controls have been confirmed to be fully customisable. There are multiple game modes such as Frontline, Search and Destroy, Team Deathmatch, Domination and Gun Game. Fan-favourite maps including Nuketown, Crash and Hijacked are available in multiplayer from release.

Popular characters such as Modern Warfare veterans Simon Riley and John MacTavish and Alex Mason from the Black Ops series will appear in the title.

As with its console counterpart, Call of Duty: Mobile will feature a battle royale mode - up to 100 players can be in a match, with solo, duos and quad-player events accessible. There are six classes to choose from before jumping into the mayhem.

“Begin your Call of Duty: Mobile career with a quick tutorial, after which you’ll have the option to explore the Loadout menu, customise up to five separate Loadouts with Primary and Secondary weapons, a Soldier type, an Operator Skill, Lethal and Tactical Equipment, and three Perks,” reads the blog post.

“Every operator in the game comes complete with three scorestreaks, earned in-game by taking out enemies and completing objective tasks.”

The Tencent-owned Chinese studio Timi soft-launched Call of Duty: Mobile in India and Australia on Android devices earlier this year.