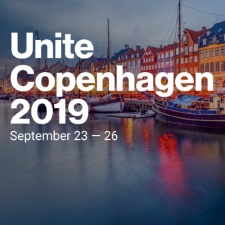 Microinteractions are one of the key factors developers can input into their games to make a game more enjoyable.

That was the message delivered by Ubisoft UX director Renaud Forestié at his session on ‘Shake it ‘til you make’ at this year’s Unite Copenhagen. The talk covered workflows and processes adopted by the Ubisoft Montreal team, which resulted in satisfying results for users.

Examples of microinteractions shown off were Mario’s jump from Super Mario 64, where the athletic plumber would exclaim a noise in a positive manner every time he left the ground.

Another was how the camera would shake when Kratos’ threw his Leviathan Axe in God of War as well as how an engine pulse would be given once a player activated a Javelin’s jetpack in Anthem.

“It’s not an exact science, it’s just something you should feel,” said Forestié

A case study followed with Tom Clancy’s Elite Squad as the focal point. Five major elements were displayed to make a game experience more enjoyable, of which were applied to the upcoming mobile shooter.

Ubisoft Montreal is currently hiring for several positions, which you can apply for here.