Dunedin is the country's new Centre for Digital Excellence 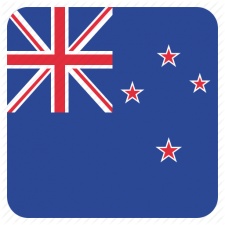 The New Zealand government will back the local games industry with a NZ$10m ($6.4m) investment.

As announced by the government, the country’s new Centre for Digital Excellence (CODE) is in the city of Dunedin.

CODE is set to lead New Zealand’s games industry into being worth $1 billion.

The $10 million funding from the government will come from the Provincial Growth Fund, which will be invested in various initiatives - to both develop the games industry and create new employment opportunities.

“We have a thriving and collaborative start-up community supported by first-class tertiary education providers. The industry’s need for storytellers, artists and designers, taps into our city’s growing creative economy. The city-wide, one-gigabit per-second fibre digital connectivity is another plus.”

“CODE provides people in Dunedin and beyond with the prospect of exciting, innovative work and business opportunities with international reach.”