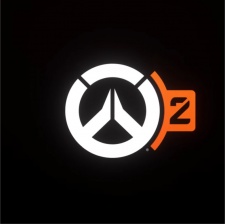 Overwatch 2 was officially announced at this year’s BlizzCon.

The long-awaited sequel to Blizzard’s multiplayer first-person shooter will be cross-compatible with the original game.

At the event, Blizzard’s vice president Jeff Kaplan explained all current Overwatch players will have the option to transfer cosmetics - emotes, character skins, sprays and victory poses - to the new title.

For those not looking to upgrade to Overwatch 2, Blizzard will continue support for Overwatch.

The cross-compatible play means all players will have access to the maps and characters of the sequel.

Back in September, Overwatch made its highly-anticipated debut on Nintendo Switch, and Overwatch 2 will also support the console.

PVP is largely the same in both games, however, a new trailer revealed a story mode for Overwatch 2. Other PVE modes include the new hero missions, in which players can team up in cooperative play.

To keep things fresh, there are new heroes joining the mix, as well as returning fan favourites.

During BlizzCon, Kaplan also revealed that since its launch in 2016 Overwatch has achieved a total of 50 million players.