Places second in overall charts to Call of Duty 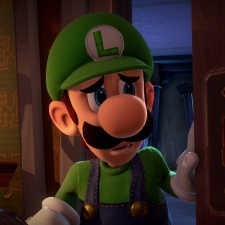 Luigi’s Mansion 3 has become the Nintendo Switch’s biggest launch of the year so far in the UK.

The ghost hunting adventure set in a haunted hotel has overtaken both Super Mario Maker 2 and The Legend of Zelda: Link’s Awakening to claim the fastest-selling physical title for the console in 2019.

It’s worth noting that Luigi’s Mansion 3 launched on a Thursday to coincide with Halloween as opposed to the majority of first-party Nintendo releases that are made available on Fridays.

Though the poltergeist a-plenty title entered the UK charts in second position - only beaten by Call of Duty: Modern Warfare - physical sales for the game were up 140 per cent when compared to Luigi’s Mansion: Dark Moon on the 3DS.

The original Luigi’s Mansion on GameCube sold approximately 3.6 million units, going on to become the fourth best-selling title on the console.

This will no doubt help push the game closer to the 20 million sales mark, which was revealed in Nintendo’s financials last week.

The full top 10 list of best-selling games for the week can be seen below:

Nintendo Switch and other consoles will be featured at Pocket Gamer Connects London 2020 for the first time, as part of our Big Screen Gaming track. You can find out more information here.