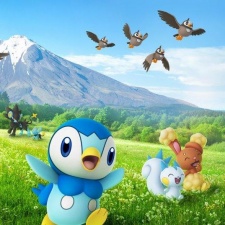 Pokemon GO developer Niantic has given further details on its augmented reality platform.

Revealed in a blog update, more than 9.4 million user-submitted locations have been added to the Niantic Real World Platform.

Currently, the company has on average one million nominations each week for new way spots.

“For the past 8 years, we have worked collaboratively with our players to build the game board they play on,” said Niantic director of AR platforms Diana Hu.

“It’s the players who know the interesting and unique places in their towns and neighbourhoods and through the Niantic Wayfarer program, players can now help build out their own gameboard.

“This program allows high-level players in our products to submit new locations, with photos, titles, and further information about the locations they want to see in the game that all players can enjoy.”

The company behind Harry Potter: Wizards Unite has launched a new creator programme for developers working on location-based AR titles.

Earlier this year, Niantic ran a Beyond Reality Development Contest with its platform, which was won by JC Scott for Run to My Heart.

Niantic is also working on a shared AR experience for its location-based title Pokemon GO - which recently earned $3 billion in lifetime revenue.

Buddy Adventure - working title - will enable users to see their real-world friends interact with their pokemon.

The new feature will be cross-platform compatible, allowing friends to see one another regardless of whether they use iOS or Android devices.

Hu added: “The Pokémon GO Buddy Adventure feature will not only allow you to interact with your own Pokémon via the AR camera, it will also provide Trainers with a shared experience of seeing their real-world friends interacting with their Buddy Pokemon in real-time.

“Buddy Adventure is also cross-platform, so whether your friends are on an iPhone or Android device, you will still see them when the feature is enabled.

“Trainers worldwide can look forward to Buddy Adventure coming to Pokémon GO in the months ahead.”