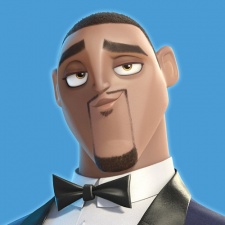 Blue Sky Studios has partnered with mobile studio Denali Publishing for a new game based off Will Smith’s upcoming animated film, Spies in Disguise.

Spies in Disguise: Agents on the Run is an endless runner that sees players recruiting the film’s lead characters - Walter, Lance, and Marcy - to help them unlock futuristic gadgets, abilities and numerous spy vehicles in their quest to become the world’s best special agent.

The mobile game will also feature opportunities for players to compete for weekly rewards by aligning with one of the super-secret spy agencies.

Spies in Disguise is set to open in cinemas from December 27th, 2019 and will feature the voices of Will Smith, Tom Holland and Rashida Jones.

“We’ve developed a dynamic, endless runner mobile experience for anyone that has ever dreamed of embarking on top-secret spy missions, and we can’t wait for players to experience it first-hand."

Spies in Disguise: Agents on the Run will launch on mobile devices globally via the App Store, Google Play and the Amazon App Store soon

Those that are interested can pre-register for the endless runner here.

Denali Publishing's Sabaa Rehmani on making Spies in Disguise: Agents on the Run