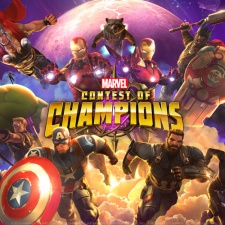 Black Friday spending in the US reached nearly $70 million across the App Store and Google Play, showing an increase of 25 per cent year-on-year.

Mobile insights firm Sensor Tower confirmed the data, alongside that an estimated $42 million or 60 per cent of game revenue accounted for the overall total on iOS devices.

Google Play users picked up the remaining 40 per cent, equal to $28 million.

Kabam’s Marvel Contest of Champions generated the largest amount of player spending in the US on November 29th at approximately $3 million.

The fighting title achieved its best performance to date since July 7th, with user spending remaining consistent since Black Friday.

Free-to-play match-three puzzler Gardenscapes from Playrix made $1 million in revenue on the day too, while Homescapes from the developer brought in $969,000, positioning both in the top 10 grossers.

Black Friday was confirmed to be Gardenscapes best-grossing performance of the year so far.

Both Black Friday and Thanksgiving helped give the Nintendo Switch its best sales weekend in the US since launch.

Playrix’s Homescapes builds up $420m in revenue for first year