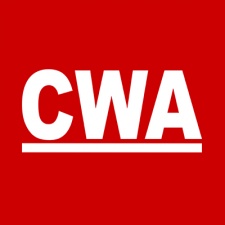 The Communications Workers of America has launched a new campaign to help support unionisation in the video games and tech industry.

As reported by the LA Times, the Campaign to Organise Digital Employees (CODE) will be spearheaded by the US firm and will look to back video game employees in North America. The idea for the project stemmed from a conversation between the organisation and the UK-based Game Workers Unite.

There have been several occurrences over the past year which has seen game worker employees frustrated with industry conditions. In the first three months of 2019, more than 1500 people lost their jobs alone.

"In my experience self-organising in the game industry, people are very bottlenecked by the lack of resources and lack of legal know-how and a lack of funding — it's very tough," said Game Workers Unite co-founder Emma Kinema.

"The decades of experience and resources that come from partnering with an organisation like CWA can take it to the next level."

CWA lead organiser Tom Smith added: "We've been watching the amazing organising of workers across the industry. And workers themselves reached out to us while doing that amazing self-organising and said, 'Can we do this in partnership with the CWA?'"

The union declined to disclose to the LA Times how much capital will be put towards the new project, thoughKinema has been added to the company's payroll to help push efforts alongside fellow new hire and campaigner Wes McEnany.

Last year, US president hopeful Bernie Sanders called for video games developer unionisation and promised to back the cause.

Nintendo is closing offices in California and Toronto