Cinematic bass pair will produce the soundtrack for the winner 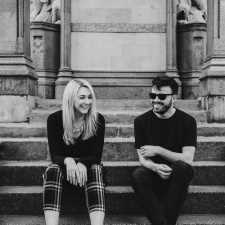 Jägermeister's Track and Build competition has returned for a second year to offer indie game studios the chance to have their soundtrack produced by bass duo Koven.

The initiative - which debuted last year - is searching for indie developers who are looking to launch a video game in 2020. The winning studio will be revealed at the beginning of March.

Based in London, Koven is best known in the games industry for creating the 'My Love' track for Psyonix's Rocket League.

Last year Cold Beam Games' Beat Hazard 2 was victorious, with "You Know" by electronic artist ROY winning the opportunity to appear in-game. It appears that this year, Koven will be creating an original soundtrack for the game instead of working with an existing track.

"At Jägermeister we have a strong history of supporting emerging talent within the music industry and we want to do the same across the games industry. The first Track and Build initiative proved that we can bring the worlds of music and games closer together – we look forward to doing it again in 2020."

Koven added: "We have a fondness for the video games scene and we're delighted to be working with Jägermeister again for the next instalment of the Track and Build initiative. We're looking forward to seeing the great games submitted - and to working with the winning team!"

Those interested in entering the competition can submit their entries to entries@jaegermeister.co.uk containing an overview of their game, demo trailer, and any other assets worth including. All entries must be submitted by February 17th, 2020.