They will be focused on training and education 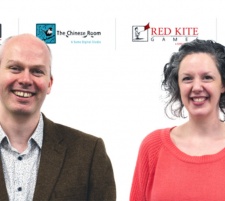 Sumo Group has made two key hires to further cement its commitment to training and education.

In her new role, Muhlwa will both enhance and increase internal training across Sumo Digital and its acquired studios.

“I’m delighted to work for a company that’s so ready to embrace a learning culture; Sumo has already committed to 5 days of paid personal development time for every employee," said Muhlwa.

"I’m looking forward to seeing how that and other exciting programs take shape, enabling our diverse talent to reach their career goals.”

Dr Jake Habgood has been appointed as director of education partnerships. Prior to rejoining Sumo, Habgood worked at Sheffield Hallam University for more than 10 years where he taught games software development degrees.

His new role will require him to build further external partnerships with education-based firms for the company.

“I’m thrilled to bring my expertise and passion for learning to such an exciting and ground-breaking industry role," said Habgood.

It’s a great privilege to be able to work alongside so many talented colleagues and former students again, and I look forward to contributing to the continued success of the Sumo Group.”

Sumo Group COO Paul Porter added: “Embracing a Learning and Development Culture at Sumo is something that we’re passionate about and we’re supporting that with these appointments.

"In addition to encouraging the personal growth of our staff, we have a strong desire to inspire and attract the next generation of video game development talent and provide them with every opportunity to build a lifelong career in games. I’m delighted to welcome both Jenny and Jake on board to expand our initiatives in these areas.”

Earlier this month, Sumo Digital hired Kirstin Whittle as its partnerships director. Last year, the company opened a new studio in Warrington. On top of this, a second office was opened in the UK in Leamington Spa.