Sam Barratt, chief of education and youth at UN Environment, explains how we can help 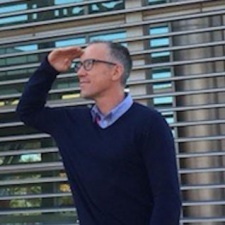 "The UN rarely thinks about video gaming," opened Sam Barratt, chief of education and youth at UN Environment in his talk at Pocket Gamer Connects London 2020.

But Barratt's work within the UN is to start presenting ways the video games industry can help the environment, which was the focus of his talk at the event.

Its first initiative, Playing For The Planet, launched in September 2019 with the aim to provide a mindful gaming experience that provides suggestions to players for how they can be more environmentally-friendly without impacting the game experience.

Big name companies are already involved, such as Microsoft, Sony and Supercell – Barratt is also exploring potential support from Bandai Namco to see if Pac-Man will wear green wellies and gloves during his 40th anniversary celebrations.

As for why this industry, Barratt noted that games provide a unique opportunity thanks to their global reach, particularly in regions such as China and South East Asia.

How can devs get involved? Barratt suggests talking to other developers to learn from their own initiatives, inspire action through play with different incentives such as using eco mode, and asking designers to think about how they represent the world in their games.

"I feel like the industry can sometimes be a doormat that people wipe their feet on," he said, noting that collaborating on environmental initiatives can help change some of the stories around games and help the world see them in a more positive light.

For more information on Playing For The Planet, check out the website.

Rovio, Sybo, and more are encouraging players to protect the planet