It's part of the Pay The Rent initiative 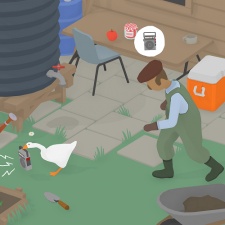 The studio, as revealed on Twitter (below), has pledged to donate one per cent of its income to Indigenous groups in Australia.

Pay for what you took

The Pay The Rent scheme encourages companies in Australia to pay one per cent of their income to the native tribes, due to the Aboriginal lands being forcibly taken.

"We live, work and play on Aboriginal land. Land that was forcibly taken from Aboriginal people, to whom reparations have never been paid," reads the Pay The Rent website.

As a start, we're giving to the Wurundjeri Tribe Council, Warriors of Aboriginal Resistance, and @SeedMob.
If you're a settler living and working on Aboriginal land, like we are, please consider paying the rent: https://t.co/qSh7l3CXlA

By the end of 2019, Untitled Goose Game has sold more than one million copies worldwide. Despite the game being hugely successful thanks in part to social media, the developer didn't consider social platforms when making the title.

Read the full story at PCGamesInsider.biz.