Was released on iOS in October 2019 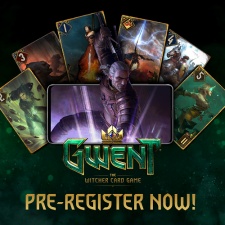 The free-to-play digital collectable card game adapts the title to mobile with controls "reimagined" for touch interfaces. Users will be able to participate in cross-play across PC and iOS.

Gwent launched on iOS in October 2019, with a 100 staff development team confirmed to be working on the project, making it one of the biggest groups to ever utilise the Unity game engine.

Players that pre-register for the game will be granted the Imperial Golem avatar, that will be added to their collection upon the first login.

Those that are interested can pre-register for Android here.

Gwent mobile has proved to be hugely successful making up 68 per cent of CD Projekt Red's revenue following the launch.