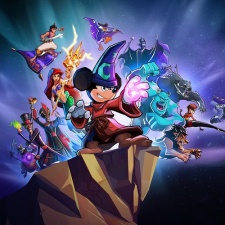 Glu Mobile has revealed that its card collectable RPG Disney Sorcerer's Arena has opened pre-registration ahead of its impending worldwide release.

Originally unveiled back in February 2019, the title features characters from the world of Disney and Pixar, such as Mickey Mouse, Ariel, Aladdin, Sully, Scar, Maleficent and more.

Players that sign up will unlock rewards to use on the battlefield upon the first launch of the app, including an exclusive Sorcerer’s Arena Mickey outfit.

"The development team and I are incredibly excited to be one step closer to worldwide launch as we offer Disney Sorcerer’s Arena to players for pre-registration,” said Glu Mobile senior vice president and general manager Mike Olsen.

“Over the course of the beta, we’ve diligently tested new features and collected feedback from our players - incorporating it into what is a truly engaging and competitive experience we can’t wait for players to enjoy.

Those that are interested in pre-registering for Disney Sorcerer's Arena can head here.

Glu Mobile recently revealed its financial results for its fourth quarter ended December 31st, showing that the firm has returned to profit after generating a net income of $8.9 million across 2019.