Unity tweaks its accounting methods prior to rumoured IPO

Reallocating sales from Finland to US 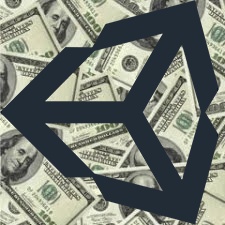 Despite the froth of new investment rounds, there's little transparency on the financials of Unity.

That's not going to change any time soon, at least until Unity decides to IPO, but we can get a little insight into the company's operations, thanks to the legal requirements of its Finnish office.

Now 118 staff strong, Unity Finland was created with the acquisition of ad network Applifier in 2014, which went on to become Unity Ads, one of the company's key revenue generators.

In its most recent public filing (which is actually very late), it was revealed that Unity Finland generated net sales of €150 million ($162 million) in 2018.

Pieces of the puzzle

These are a fairly substantial amounts, which are likely the measure of Unity's European advertising business.

This is purely the result of Unity reorganising on an accounting level how it books revenue, with a proportion of what previously would have been booked through Unity Finland now accounted for by Unity's main office in San Francisco.

In its financial statement to the Finland government, Unity states that it expects Unity Finland to be profitable again in 2019 as the US will start paying it for the R&D it undertakes, including for past years.

As well as its in-game advertising in other global territories, Unity mainly generates revenue by licensing its game development tools via an annual subscription program. Currently, a single licence for Unity Pro costs $150 per month.

Nevertheless, this sort of financial tidying up of regional activity suggest Unity's much rumoured IPO is likely to happen sooner that later.