The studio will maintain its own independence 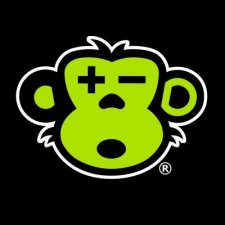 As revealed via an Oculus blog post, the studio was selected because of the four titles it has produced for the Oculus platform - it was the first developer to partner with the Oculus team. On top of this, Sanzaru Games has much experience in the world of virtual reality.

Sanzaru Games will maintain its own independence, and it will continue to focus on VR experiences, however, no future projects have been announced at this time.

Previously the firm worked on the Spyro Reignited Trilogy for Nintendo Switch, the God of War Collection on PS Vita, as well as the two Sonic Boom titles released on Nintendo 3DS.

"Sanzaru is a veteran game developer—having shipped titles to multiple platforms in the past—as well as a VR pioneer: They've created four titles for the Oculus Platform since 2016, when they were the first developer to partner with the Oculus Studios team," wrote Facebook director of content Mike Verdu.

"They approach game design with three pillars in mind: great design, beautiful art including animation and audio, and strong tech. It is this foundation that enabled Sanzaru to build a game as rich as Asgard's Wrath, and it's a strong foundation they will continue to build upon as we all push VR forward."

The vast majority of Sanzaru staff will join Facebook as part of the Oculus team.

Facebook Gaming recently chose to pull out of GDC 2020 at the last minute due to concerns surrounding the ongoing coronavirus outbreak.