Mayor London Breed made the announcement 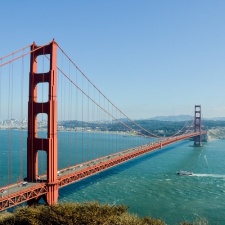 The US city of San Francisco has declared a "state of emergency" regarding the ongoing coronavirus issue.

San Francisco Mayor London Breed made the announcement, stating that while no cases of the virus have been confirmed in the city, the move will help better prepare residents if it does.

These preparations will include more awareness of the coronavirus as well as plans to better utilise resources to fight the epidemic.

The declaration will last for seven days before a vote will take place from the board of supervisions on whether the emergency state should continue. California's San Diego and Santa Clara counties both declared similarly too.

"We've recently learned of the additional preventative measures instituted by the City Of San Francisco around COVID19," reads a letter from the GDC organisers addressed to attendees.

Already Facebook, Sony and EA have all pulled out of GDC 2020, with more cancellations presumably due before the doors officially open on March 16th.

Furthermore, all China-based exhibitors have been forced to either push back their attendance to next year or send a North American representative.