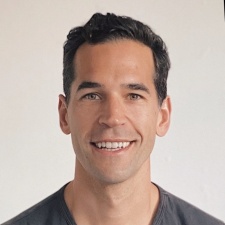 As reported by VentureBeat, the investment was led by Play Ventures, with input from Zynga co-founder Mark Pincus. Co-founders of Allbirds, Harry's and Warby Parker also took part.

The San Francisco-based studio was founded by Jason McGuirk and Michael Martinez (pictured). Both men are veterans within the industry. Martinez - FunCraft's CEO - used to work for Electronic Arts as studio general manager. McGuirk previously worked for Zynga.

Martinez and McGuirk teamed up before, and together the pair founded JuiceBox Games. However, the studio was shut down in March 2016.

"All humans love to play with nearly a third of the world playing video games. The gaming market is massive - over $160 billion revenue in 2020 - and growing. There is tremendous opportunity in this vibrant and dynamic industry," said Martinez.

"That is why I have once again teamed up with Jason McGuirk, my co-founder from JuiceBox Games, to launch FunCraft. Our vision is to create new genres and make mobile games that are daily rituals in our players' lives."

The founders of FunCraft have described "casual forever" games as both challenging and satisfying. However, Martinez has claimed the genre is different from match-three and hypercasual.

Speaking to VentureBeat, Martinez explained, "we want to create a new genre of casual games based on challenging, yet satisfying gameplay."

Martinez continued: "One of the lessons from JuiceBox is we don't want to compete with the strengths of industry behemoths like King, Playrix, Peak, and Voodoo.

"We think we are creating a market that larger companies will be interested in two to three years from now. We think we can do to puzzle games what Peak with Toon Blast did for match-3 games by adding social and a deeper metagame.

"For our players, we want to create happy worlds that are a joy to visit. And our goal is to develop games that players enjoy for months and years."