"So excited to build and support a new team of creatives" 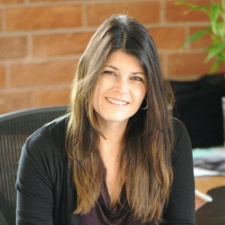 Google has launched a new Stadia Games and Entertainment studio in Playa Vista that will be led by former Sony Santa Monica head Shannon Studstill.

During her time at the PlayStation studio, Studstill oversaw the development and release of major releases such as Journey and God of War, with the latter going on to shift 10 million copies and earn several game of the year awards.

The new Californian-based studio will focus on creating exclusive games for the platform, as well as using "new gameplay mechanics" to create new ways for people to play together.

This is the second location opened by Stadia after the firm opened its first development studio in Montréal, Canada in October last year.

"So excited to build and support a new team of creatives," Studstill wrote on Twitter.

"I've been a fan of Shannon's for a long time, and have admired her award-winning work leading Sony's Santa Monica Studio and the industry defining franchises like God of War that have won fans all over the world," said Stadia vice president and head Jade Raymond.

"She has an extensive background in product development and creative leadership, but most importantly, she's a visionary who, as the Studio Director, will lead and inspire the Playa Vista teams. We're thrilled to welcome her to the Stadia family!"

Stadia will be hoping that the appointment of Studstill will show its further commitment to the games space after it was reported that developers and publishers are avoiding the platform because of Google's lack of belief in the industry.

Google recently cancelled I/O 2020, one of its biggest events of the year, due to concerns surrounding the coronavirus.