No reason was given for the departure 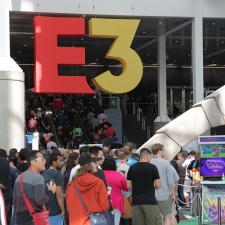 Video games merchandise company Iam8bit has revealed that it will no longer be involved with E3 2020.

Taking to Twitter (below), the firm stated that it has resigned as the creative director of "what was to be an evolutionary E3 2020 floor experience."

No reason was given for why Iam8bit has pulled out of the event, however it wished organiser the Entertainment Software Association (ESA) luck in putting on the trade show.

Originally partners such as Iam8bit were brought on after the ESA said it wanted to "shake things up" for E3 2020, teaming up with companies from the industry to "reinvigorate" the event.

It’s with mixed emotions that @iam8bit has decided to resign as Creative Directors of what was to be an evolutionary #E32020 floor experience. We’ve produced hundreds of gaming + community events and it was a dream to be involved with E3. We wish the organizers the best of luck.

Despite the fact that the city of Los Angeles has declared a state of emergency due to the coronavirus, the ESA has reaffirmed its plans to push forward with E3.

While Microsoft and Nintendo are both currently scheduled to attend the event, Sony has announced that it will miss the games event for a second consecutive year.