Previously a brand manager at Twitch 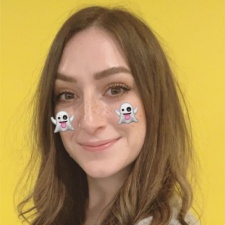 Snap Inc. has hired Brittany Brown as its new marketing manager for its Snap Games subsidiary.

Brown joins from Twitch, where she was a brand manager. She had been with the company for almost five years, joining as a community program manager back in July 2015.

Prior to this, Brown had worked as a host and video journalist, working with CBS, the ESL, and Azubu. She was also a photojournalist for Red Bull, focusing on their esports activities.

"I'm thrilled to share that I’ve joined Snap Inc. as their Marketing Manager for Snap Games!" wrote Brown in a post on LinkedIn.

"Thank you to all of my new colleagues for being so welcoming, specially (sic) Jill Kinney [head of global marketing - Originals, Gaming, Partnerships at Snap]. Although this was only my first week, I feel right at home."

Snap Games launched back in April 2019, and has since secured exclusive games from developers such as Zynga and SYBO Games. We spoke to Snap Games head and director of product Will Wu in February 2020 about the first 10 months of the platform.