March and April events moved to prevent the spread 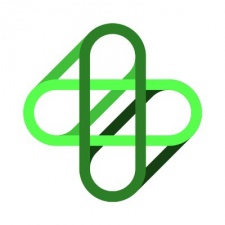 Gamesweek Berlin has been postponed amidst the ongoing coronavirus epidemic.

The event due to take place in Germany from April 17th to 20th in Germany has seen been moved to October 29th to 30th and will take place in cooperation with EGX Berlin. This includes the game development and business conference Quo Vadis.

Furthermore, EGX Rezzed has been delayed due to the same reasoning concerning the virus.

The London-based event was expected to take place between March 26th to 28th but has now been moved to an unspecified date. Any existing tickets will be valid for the new dates, however those that are unable to attend should contact the company's customer service team.

"We have consulted our partners and the community of game developers, have prepared with extra courses and ideas on how to treat the situation with the appropriate professional seriousness," read a statement from Gamesweek Berlin organisers.

"We developed a plan to ensure that the events were as hygienic as possible. Here, our location partner KulturBrauerei proved to be very forthcoming and inventive. But at the end of the day, it would have been irresponsible to carry on, even with heightened security measures."

Regarding EGX Rezzed, organisers released a similar statement saying that: "We did everything that we could to try to run the event as planned, but ultimately, maintaining social distancing is neither feasible at, nor in the spirit of, the interactive and community nature of Rezzed."

"It is the community that makes Rezzed so special and it is our duty to make sure that your safety comes first."

Numerous events in the games industry have been cancelled due to the current pandemic, with many more expected to be scrapped in the coming weeks. Most notably, the ESA cancelled E3 for the first time since it began in 1995.