Latest shows to be affected by the global pandemic 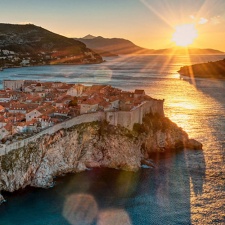 Reed Pop's EGX Rezzed and Reboot Develop Blue have both been delayed until later in the year due to worries about the COVID-19 coronavirus.

The former was set to take place between March 26th and 28th at London's Tobacco Dock with organiser Reed Pop saying that the show has been moved until this summer. New dates will be confirmed in the future.

"Having monitored the situation around COVID-19 constantly over these last few weeks and following many hours of conversation internally and with our partners, we have taken the incredibly difficult decision to move EGX: Rezzed to summer 2020 with date and announcement forthcoming," the company said in a statement, as reported by Eurogamer, which is owned by Reed Pop.

"We did everything that we could to try to run the event as planned, but ultimately, maintaining social distancing is neither feasible at, nor in the spirit of, the interactive and community nature of Rezzed. It is the community that makes Rezzed so special and it is our duty to make sure that your safety comes first."

A further push back

Meanwhile, Reboot Develop Blue 2020 has been moved back to October 15th-17th from its initial April 23rd-April 25th dates, per a post on Facebook.

These are just the latest events to be pulled due to concerns about the coronavirus pandemic. GDC, E3, Eve Fanfest, Minecraft Festival and Game Connection America are among the games trade shows that have been impacted by the viral outbreak. Meanwhile, the BAFTA Game Awards have become an online-only event due to health concerns.