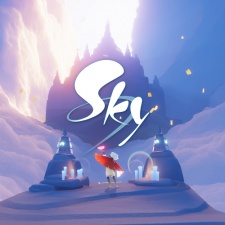 The Game Developer Choice Awards 2020 have taken place with House House's Untitled Goose Game walking away with Game of the Year.

Hosted by Kim Swift, the event took place in an online stream following the postponement of GDC due to the ongoing coronavirus pandemic.

It was a decent showing for mobile all around as Sky: Children of the Light from thatgamecompany earned itself the Audience Award, while Triband's What the Golf swung its way to the Best Mobile Game prize.

Two of the biggest nods of the night went to Roberta Williams and Kate Edwards, who were given the Pioneer Award and Ambassador Award respectively.

Prior to the show, the Independent Games Festival Awards were broadcast, with Apple Arcade hit Mutazione scoring the top prize for Excellence in Audio.

The full list of winners for the GDC 2020 awards can be seen below:

What the Golf? - Triband

Baba is You - Hempuli

Sky: Children of the Light - thatgamecompany

House House has certainly earned itself a memorable year winning several awards, including Game of the Year at DICE Awards 2020.